I am a fifth generation Aussie farmer, third generation on "Kensilgreen"  the farm where we live now just south of Kalangadoo, SA..  No bells or whistles - no letters to my name - I just come with a bucket full of determination.  Our family farm produces beef and prime lamb and relies heavily on ground water for stock water and irrigating pasture.   We draw from the unconfined aquifer (recharged annually) which is some 20-30 meters below ground.  There is also a second aquifer - the Confined Aquifer which is much lower again.

This is plain stupid.  South Australia only has some 4.6% of it's land suitable for intensive agriculture and the SE is half of that area ... it is a food bowl of South Australia. On average, each Australian farmer produces enough food to feed 600 people, 150 at home and 450 overseas.
http://www.nff.org.au/farm-facts.html

Our reputation is one of producing some of the cleanest food in the world - WHY PUT THAT AT RISK ? 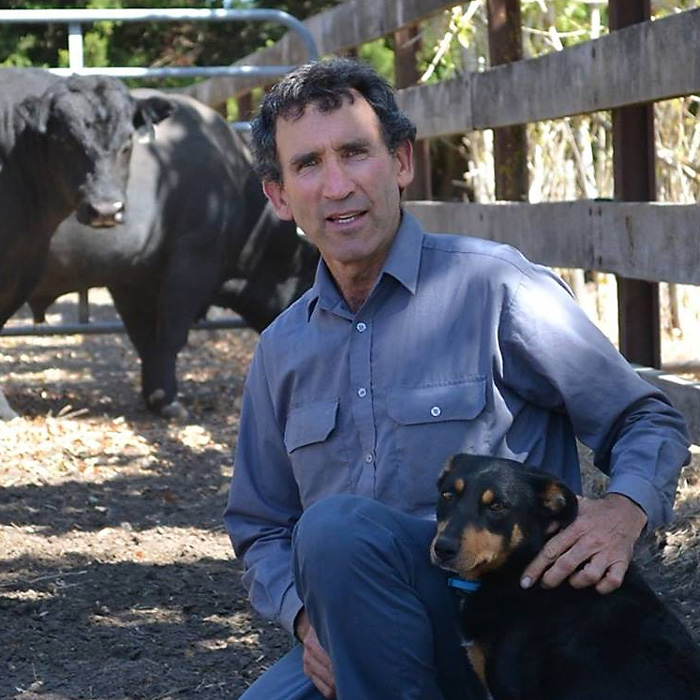 I was asked to organise a meeting in Kalangadoo for locals to learn of the potential impact to our region...
and there was standing room only.  The locals are against it ... well 96%.

Before chairing that meeting I did my own research making phone calls into NSW & Qld (CSG) by simply picking names from the Yellow Pages Directory. Several days later I did the same but ringing "blind" into USA where shale had been fracked for some 10 years using the latest high volume (slick water) hydraulic fracturing techniques (HVHF).  Shale is under the Southeast & Western Districts of Victoria. The fourth call and I'm talking to the Meeks family who live in Pavillion, Wyoming. They told me they had fracking chemicals come up into their once pristine ground water - as confirmed by the USA EPA. Some calves, sheep and two horses died and at the time I spoke to them they were feeding bottled water to their dogs, cat and hens.

I recall thinking "that could be me in five years".  The next call and I was talking to a chap who told me they had naturally occurring sulphites (normally "locked up" way down below out of harms way) come up into his ground water eventually killing a large number of his cattle, this after fracking came into their region.

With politicians not listening to what I and others were saying I organised a trip to USA and in June 2015 I led a party including 4 state politicians, a doctor and a vet - 11 Aussies in total to see for ourselves and report back to the Sth Aust Parliamentary Inquiry. The trip caught the attention of local and state media as well as one national program.

At the end of 2016, though softer than we would have liked, the South Australian Parliamentary Committee after receiving a large number of "scientific reports" on the harmful effects of HVHF reported that ... yes, there were risks and noted the gas companies did not have a social licence to carry out HVHF or fracking in the SE of SA.

Within an hour or so our State Liberal (Opposition) Party whose support within their party had been evenly divided but, having heard and we appreciate LISTENED to the science being presented, announced they would put a 10 year moratorium on unconventional gas works - HVHF in the Limestone Coast (SE of SA) if elected in March next year.

However, early 2017 our state Labor Government announced they will offer farmers in my region 10% of the royalties the state receives if they allow gas companies to carry out unconventional gas works - fracking, on their land ... effectively buying the social licence.
https://indaily.com.au/news/2016/08/30/come-to-sa-koutsantonis-tells-gas-companies-after-vic-fracking-ban/
http://www.adelaidenow.com.au/news/south-australia/south-east-farmers-oppose-gas-royalty-deal-amid-fracking-push/news-story/152cc0c7ecdb81c3ee70172ed3e196b1

As a result of the government's decision I decided to borrow a rather large sum of money and travel back to the USA taking with me a professional cameraman & journalist to get more footage, combine it with local Australian footage we also filmed recently and produce a documentary to show to the public locally, then elsewhere.  My hope ... to add to the work others are doing and encourage the public to speak up, contact their politicians and support a ban or moratorium on unconventional gas ... in all states.

One of the many concerns I share with residents in the Limestone Coast is the number of wells required with unconventional gas production. A well respected body - "Frogtech" anticipate 3,446 wells in the Otway Basin (our region).
https://www.acola.org.au/PDF/SAF06FINAL/Frogtech_Shale_Gas_Geology_and_Risks%20Jan2013.pdf (Ref Page 27)

Though I am far from an expert on the subject, I have been asked to speak at various functions and on radio ... one such occasion with the ABC I challenged Matt Doman, Director of Australian Petroleum Production & Exploration Association (APPEA) in SA/NT to a $1,000 bet (ref 18:14) after he stated there has been - QUOTE "no contamination of aquifers associated with hydraulic fracturing" (ref 13:29).  I'm still waiting for him to take me on.

Update Required To play the media you will need to either update your browser to a recent version or update your Flash plugin.

Another major concern I have with this industry is the increase in human health issues where people are living within a few kilometres of gas wells. This is alarming to say the least and I am sickened by any politician who defends this industry with this information at their fingertips.  This information is presented to parliamentary inquiries yet is overlooked ... WHY ?  The Precautionary Principle should have kicked in long ago.

Just a few reports are :

We need to remind politicians they are elected by the people, are paid by the people and their job is to represent the people - not to ignore the wishes of the great majority by jumping into bed with "big business".

I encourage politicians to place a ban on unconventional gas production and join other states & countries that have done so
http://keeptapwatersafe.org/global-bans-on-fracking/

Some politicians say we in Sth Aust have world best regulations yet in his submission to the SA Parliamentary Inquiry, Prof Tony Ingraffea - who is recognised as a world authority on the subject, indicated Sth Australia regulations were full off holes.   And when all said and done, those with their snouts in the trough have little consideration for all of that - just look at all the repeated violations.
www.marcellus.org

When in the USA, Joe Massaro from Energy In Depth (an industry group) agreed that there had been some poor practises in the early days of HVHF but stated that the USA had been using "World Best Practise" for four years.  Yet shortly after I left USA, "World Best Practise" allowed the Aliso Canyon well in California to spew MASSIVE quantities of methane AND it took world best practise 4 months to seal up.
https://www.livescience.com/53233-facts-california-methane-leak.html

The scale of methane leakage, some 87 times more harmful than CO2 to our environment over a twenty year period is enormous meaning IT IS DIRTIER THAN COAL  https://www.theguardian.com/vital-signs/2016/mar/02/methane-leaks-aliso-canyon-ghg-epa-edf-environmen-climate-change-gas  one of the reasons many are pushing for a ban on conventional gas production.

Renewable Energy is clearly the future when combined with Batteries & Pumped Hydro for storage.  Technology is rapidly improving and cost coming down for Renewables which will quickly reduce the demand for fossil fuels.
http://www.smh.com.au/cqstatic/gw7cey/gasshort.pdf

Oil from Algae is another option.  Biomass, Biofuels, the list goes on.
https://www.triplepundit.com/special/energy-options-pros-and-cons/biomass-energy-pros-cons/

What is around the corner ?

if anyone visiting this sight is feeling depressed ... here is something to leave with to put the smile back on your face ... my little "Working Dog Holly"

Update Required To play the media you will need to either update your browser to a recent version or update your Flash plugin.